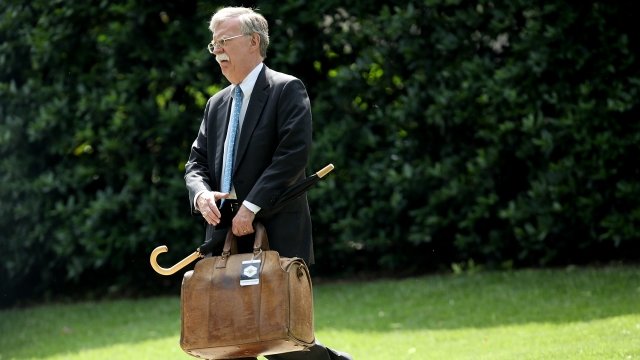 The meeting comes as officials from the White House and the Kremlin have reportedly been laying the groundwork for a summit between President Donald Trump and Putin.

A spokesperson for the Russian president told reporters Wednesday's meeting would focus on "the sorrowful state of our bilateral relations."

Bolton hasn't always been supportive of U.S.-Russian relations. Just last year, before he became a Trump administration official, he said the U.S. negotiated with Russia at its own peril.

But Trump has said he'd like to improve the U.S.' relationship with Russia, which is at a low point following disagreements over issues like Syria, Ukraine and Russia's alleged interference in the 2016 U.S. presidential election.

Bolton is scheduled to hold a press conference in Moscow at 7:30 p.m. local time. Reports suggest that he could announce the date and location of a Trump-Putin summit.