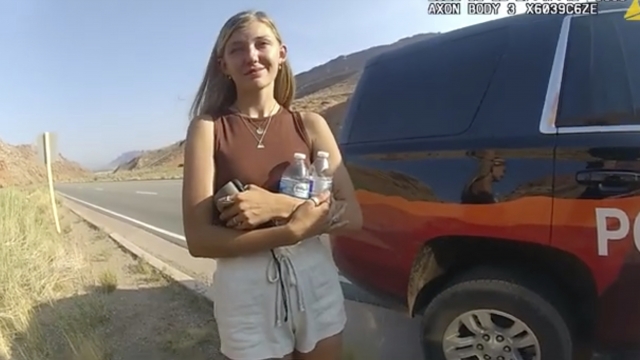 SMS
National Search Underway For Gabby Petito
By Haley Bull
By Haley Bull
September 16, 2021
A national effort is underway to find Gabby Petito. Police and family pleaded for any information about her disappearance after a trip west.

A national effort is underway to find Gabby Petito. Thursday, police and family pleaded for any information about her disappearance after a trip out west.

“Whatever you can do to make sure my daughter comes home, I’m asking for that help. There’s nothing else that matters to me now,” said her father, Joseph Petito.

North Port Police in Florida said she left on a cross-country trip with her fiancé in June, traveling in her van and documenting their travels on social media.

Investigators said her fiancé, Brian Laundrie, returned to Florida 10 days before the family reported her missing. Police say communication with her family stopped around the end of August; before that she was believed to have been in Grand Teton National Park in Wyoming.

Police said they recovered Petito’s vehicle at the North Port home she shared with Laundrie and his parents. They called Laundrie a person of interest.

“Right now this is a missing persons case and our focus is to find Gabby. My focus isn’t to bring Brian in. Brian is exercising his constitutional rights and I have to respect that, but as of right now the focus is finding Gabby,” said Garrison.

An attorney for the Laundrie family, Steve Bertolino, offered no comment Thursday but previously stated in a release: "Many people are wondering why Mr. Laundrie would not make a statement or speak with law enforcement in the face of Ms. Petito's absence. In my experience, intimate partners are often the first person law enforcement focuses their attention on in cases like this, and the warning that 'any statement made will be used against you' is true, regardless of whether my client had anything to do with Ms. Petito's disappearance. As such, on the advice of counsel, Mr. Laundrie is not speaking on this matter. I have been informed that the North Port, Florida police have named Brian Laundrie as a 'person of interest' in this matter. This formality has not really changed the circumstances of Mr. Laundrie being the focus and attention of law enforcement and Mr. Laundrie will continue to remain silent on the advice of counsel.”

Now new details are emerging about the couple's trip. The Moab City Police Department released body camera footage from mid-August of an encounter with the couple after an argument.

“We look at everything that’s coming in. As far as that having to do anything with the disappearance, we don’t know,” said Garrison.

While there are many questions, Petito’s family is begging for any answers.