National Scooter Safety Standards Are In The Works 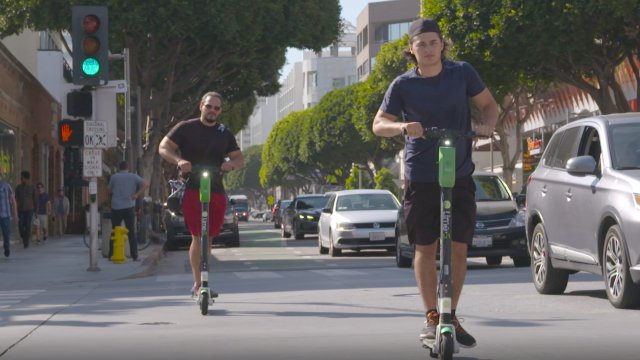 Casey Trebisacci lost control of a rental electric scooter when she said the brakes failed.

"I had all this space to brake and it just wasn't working," she said.

She crashed into a telephone pole in Santa Monica, California.

"It was just the left side of my body all banged up," she said.

Newsy's "Off Balance" investigation this summer found there are no national safety design rules for electric scooters despite widespread reports of injuries linked to the devices. While there are standards for scooters used by children, adult scooters fall into a regulatory crack.

Now the industry standards group ASTM International is taking initial steps to set voluntary guidelines for the design of the micromobility devices, which are popping up on city streets across the globe.

A subcommittee of ASTM International, which has standards for thousands of products, met earlier this month and agreed to look into new performance standards for e-scooters. The standards would focus on rider safety, scooter durability, reducing repair and incidents, and detecting failing parts. The group also is considering guidelines for testing scooters.

The subcommittee will spend the next two months collecting input on scooter safety before drafting standards, which usually take about 18 months to finalize, said Dan Bergels, spokesman for ASTM International.

"We're proud to participate in the process to develop an international safety standard for e-scooters," said Nick Shapiro, global head of trust and safety for Lime scooters. "Rider and community safety is critically important."

Any new standards from ASTM International would be voluntary with no penalty for companies that do not comply.

The U.S. Consumer Product Safety Commission has the authority to make mandatory rules for products, including scooters, but only after the development of voluntary standards.

Next year the CPSC will publish a study of dangers associated with micromobility devices including e-scooters, e-bikes and hoverboards.