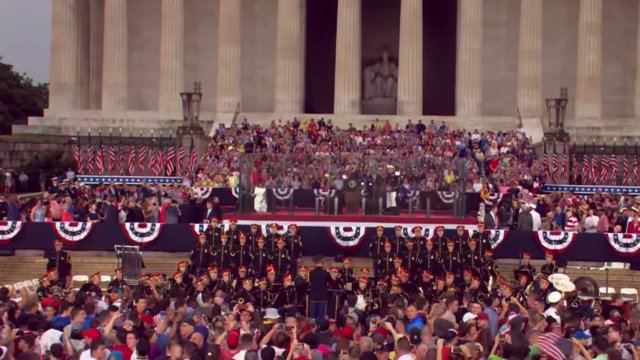 The National Park Service spent $2.45 million in extra funds to cover President Trump’s Salute to America event outside the Lincoln Memorial on July 4, according to a letter to Congress from Interior Secretary David Bernhardt.

The letter says it paid for more personnel, fences, tents and toilets. Bernhardt said the extra event spending is not unusual for the park service.

An unspecified amount of the funding came from park service fees and a separate “Centennial Challenge” fund for hundreds of projects across the country.

“$2.5 million may not seem like a lot of money but it’s important for these parks, it goes a long way,” said Emily Douce at the National Parks Conservation Association.  "Regardless it’s hitting the budget of the park service, whether it’s trail maintenance or the program to educate school children at the Washington Monument."

It’s unclear if any of the Salute to America costs will impact the deferred maintenance budget.