Visiting A National Park Could Be Way Pricier In 2018 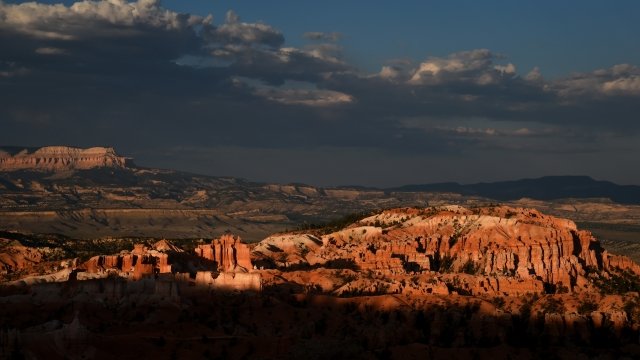 The National Park Service is considering increasing some entrance fees to 17 national parks by as much as 180 percent.

On Tuesday, it said it's considering increasing vehicle entrance fees to 17 national parks by as much as 180 percent.

Under the proposed fee hikes, people visiting parks like the Grand Canyon and Yellowstone would pay $70 per private, noncommercial vehicle during the busiest months of the year. Current seven-day vehicle costs range from $25 to $30.

Motorcyclist fees would increase from as low as $12 up to $50. And visitors entering on foot or on bike would pay $30. They can currently enter for as low as $10.

The National Park Service estimates these new fees would generate an extra $70 million in park revenue each year. It collected $200 million in the 2016 fiscal year.

It wants to use that money to improve the parks. It says roads, campgrounds, bridges and more need to be restored.

"We need to have the vision to look at the future of our parks and take action in order to ensure that our grandkids' grandkids will have the same if not better experience than we have today. Shoring up our parks' aging infrastructure will do that," U.S. Secretary of the Interior Ryan Zinke said in a statement.

According to a 2016 report, the National Park Service's backlog of deferred maintenance totaled over $11 billion.

At the 17 specified national parks, deferred maintenance accounts for more than $2.8 billion of that total. A congressional law says 80 percent of each entrance fee must be used to improve the park it was collected at.

The National Park Service will accept public comments on its new proposed entrance fees through Nov. 23. If implemented, the new prices would go into effect in 2018.

The proposed fee increase comes after the National Park Service hiked up the price of its lifetime senior pass from $10 to $80.