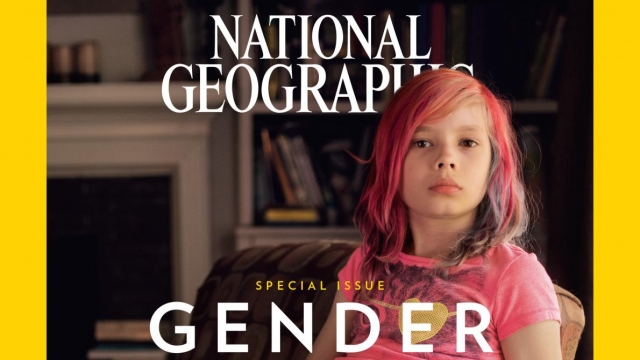 This is 9-year-old Avery Jackson. And she's on the cover of National Geographic's January issue.

"Before I transitioned, I was just pretending to be a boy. But now I'm a girl and I'm a lot happier," Avery said.

It's the first time the magazine has featured a person who is transgender on its cover.

SEE MORE: For The First Time, A Transgender Child Actor Will Be On TV

It's estimated there are 1.4 million American adults who identify as transgender. And over the last couple of years, we've seen more and more of them gracing magazine covers.

There was Caitlyn Jenner on Vanity Fair and athlete Amelia Gapin on Women's Running. And Laverne Cox has graced not one, but two magazine covers — Time and Entertainment Weekly.

Most recently, Harper's Bazaar India celebrated diversity by featuring two models who are transgender on a series of online covers.