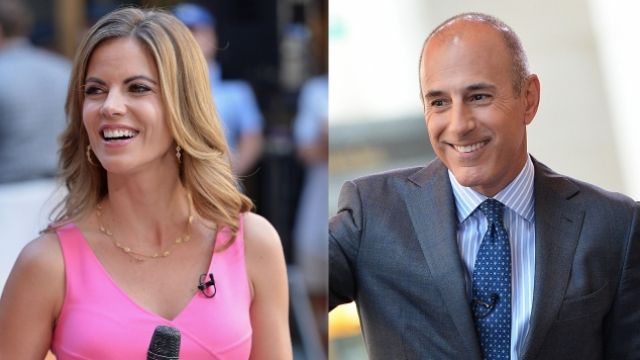 SMS
Natalie Morales And Matt Lauer Deny Relationship Rumors — Again
By Katie Link
By Katie Link
July 13, 2016
This isn't the first time they've had to put a pin in this rumor.
SHOW TRANSCRIPT

Rumors started swirling that an "inappropriate relationship" between the two caused Morales to leave her gig at the "Today" show to head out West.

Morales is denying that. She told Page Six: "There is absolutely no truth to this completely absurd story. It is damaging, hurtful and extremely sexist."

SEE MORE: Why Jennifer Aniston Is 'Fed Up'

Lauer echoed those thoughts, telling the outlet, "Every aspect of this story is untrue, and it's frankly sad that someone would tell lies to harm everyone involved."

The pair are pros at shutting down the rumor mill at this point — in their combined nearly three decades of airtime at the "Today" show, their relationship has been closely watched by the tabloids.

Morales' relocation was announced in May.

Morales' husband and sons are expected to make the move with her.

"I think we're looking forward to it. It'll be a good change of pace, good lifestyle change," Morales said.