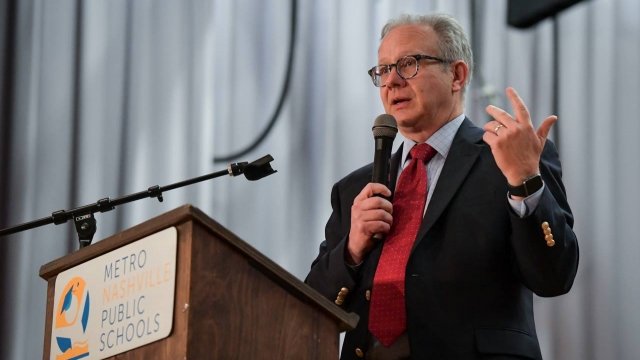 Mayor David Briley said in a statement that "enough is enough."

"Tragedies like today shouldn't happen. It's been only seven months since we had another mass shooting here in Nashville, and that is far too frequent," Briley said. "We need comprehensive gun reform to address mass shootings, domestic shootings, accidental shootings and homicides."

The gunman reportedly drove up to the Waffle House and began shooting just before 3:30 a.m. local time.

Authorities say he only stopped because a customer managed to wrestle the gun away, at which point the suspect ran. The suspect is still at large.