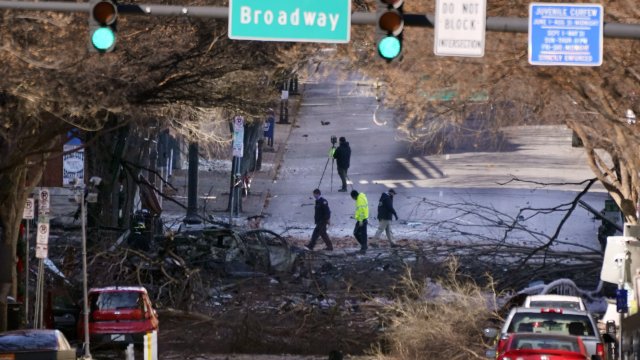 Investigators now believe the Nashville Christmas morning explosion was the result of a suicide bombing but many unanswered questions remain.

Nashville Mayor John Cooper told CBS's Face the Nation on Sunday he thinks the explosion was a "deliberative bombing," adding that he believes there was some connection to an AT&T facility.

"To all of us locally it feels like there has to be some connection with the AT&T facility and the site of the bombing. That's a bit of just local insight that it's just got to have something to do with the infrastructure."

The RV at the center of the crime exploded in front of an AT&T transmission building, leading to interruptions in cellphone and internet service in several Southern states, and complicating police and hospital communications.

The RV was connected to a 63-year old Nashville resident who reportedly is being considered a person of interest.

A tip on the RV lead authorities to search his home shortly after the explosion. Google Streetview images there show an RV outside similar to the one in the bombing.

Another piece of the puzzle still in question is the human tissue found near the scene. DNA tests are being conducted but authorities haven't indicated whether they are connected to someone involved in the crime or from an innocent victim.

The blast injured three others and rattled the city, damaging dozens of nearby buildings and vehicles. Officials say the damage could have been worse if it weren't for six officers who evacuated residents quickly after a recorded message from the parked RV warned that it would explode in minutes.