'Nashville' Is Done On ABC, But There's More Story To Tell 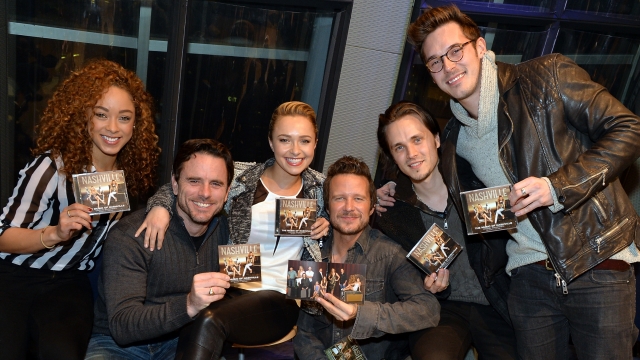 SMS
'Nashville' Is Done On ABC, But There's More Story To Tell
By Christian Bryant
By Christian Bryant
May 26, 2016
"Nashville" producers don't mean to leave anyone hanging; they're hoping the finale will earn the show an encore on another platform.
SHOW TRANSCRIPT

What do you do when your show's been canceled, but there's more story to tell? Drop a cliffhanger on 'em.

That's what show writers for the Lionsgate-produced "Nashville" did in their so-called series finale Wednesday night.

Nashville has a fiercely loyal fanbase, as evidenced by hashtags like #nashville, #savenashville and #bringbacknashville. But that didn't stop ABC from canceling the show in mid-May after four seasons.

According to TVLine, producers shot two different endings for the finale. The one that aired Wednesday could help the show get picked up by another platform, like Hulu.

Entertainment Weekly reports producers for "Castle," another canceled ABC show, also shot two endings just in case the show was renewed. It wasn't, so fans got a happy ending in the season finale.

Regarding "Nashville," we don't yet know if Juliette's private plane landed. But Lionsgate is trying its best to make sure the show lands on another network. It tweeted Wednesday night: "We won’t leave you hanging. There's more story to be told."