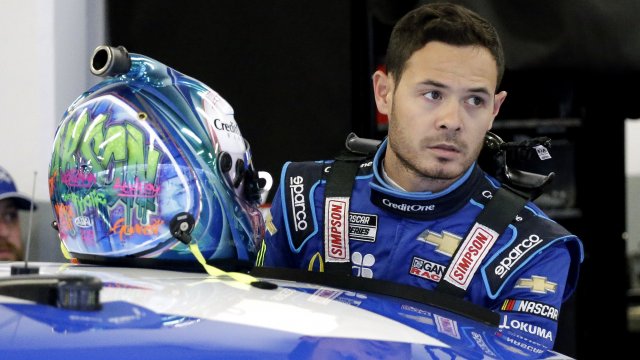 NASCAR driver Kyle Larson was fired by his racing team on Tuesday after using a racial slur during a virtual racing event.

During a livestream of Sunday's iRacing challenge you can hear Larson performing a mic check and saying, "You can't hear me?", and then calling his spotter, who is white, the N-word.

Larson's team, Chip Ganassi Racing, later said, "The comments that Kyle made were both offensive and unacceptable especially given the values of our organization." The NASCAR ownership group suspended Larson on Monday. NASCAR also suspended him indefinitely and said he would have to take sensitivity training.

Credit One Bank, Clover and McDonald's condemned Larson's behavior and ended their sponsorships with him on Monday. Chevrolet also cut ties.

Larson was a part of NASCAR's Drive for Diversity program, which gives opportunities to minorities. The Associated Press reports he's the only driver of Japanese descent to win a major NASCAR race.

He apologized to his family, friends, the NASCAR community and the African American community on Twitter Monday night.

He said: "I just want to say I'm sorry. Last night I made a mistake and said the word that should never, ever, be said. There's no excuse for that. I wasn't raised that way. It's just an awful thing to say. ... I understand the damage is probably unrepairable and I own up to that. But I just want to let you all know how sorry I am."