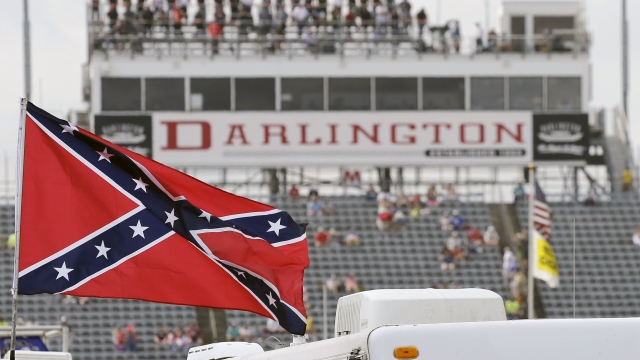 NASCAR said the Confederate flag's presence at events "runs contrary to our commitment to providing a welcoming and inclusive environment."

NASCAR will no longer allow the Confederate flag to be displayed at any of its races or properties.

The company said in a statement Wednesday it's banning the flag at its events because its presence "runs contrary to [NASCAR's] commitment to providing a welcoming and inclusive environment for all fans, our competitors and our industry."

The move comes a few days after NASCAR's only current Black driver, Bubba Wallace, told CNN he believes the next step the organization should take "would be to get rid of all Confederate flags," adding that "no one should feel uncomfortable when they come to a NASCAR race."

The flag ban also comes before Wednesday night's race at Martinsville Speedway in Virginia, where Wallace is set to race with a Black Lives Matter paint scheme on his car.