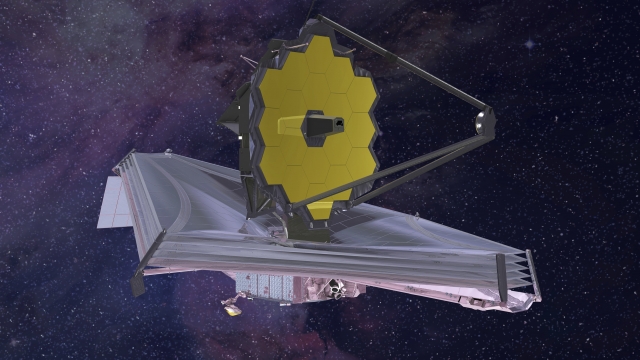 Today's story is being told because of a boring night on Twitter when I came upon this. It's graceful. It's beautiful. It's physics. Three random planets each with a different mass are placed on the screen. Gravity does the rest.

It's just Newtonian gravity — the same thing Isaac Newton figured out a couple hundred years ago. Ostensibly, by getting hit in the head with an apple.

Though Einstein made huge advances in the 20th century, nearly everything you need to know about what these planets are doing comes from Newton. In 1679, he figured out it was gravity that kept the planets in their orbits.

Basically, everything with mass or energy attracts one another. It's Earth's gravity holding me down. But I'm also pulling on Earth. Everything has gravity, even me. It's just Earth has a lot more mass.

Get to the moon's size and there's enough gravity to move Earth. Earth and its oceans bulge a little on the side closest to the moon. That's where you'll find a high tide.

At this moment NASA is trying to take advantage of gravity in an unusual place called a Lagrange point. They want the James Webb Telescope shaded from the sun. There is a place where Earth and the sun's gravity balance in such a way a spacecraft is taken along in this crazy orbit with Earth blocking the sun and which uses hardly any fuel.

We can measure Earth's gravity using g-force. You're experiencing 1 g right now. But, by accelerating we can turn that g-force up or down.

That's the reaction one gives at around 5 g, or five times the force of gravity. For a brief moment, I weighed close to a half ton!

An object in orbit is really just falling around Earth. The idea is you fall at exactly the same rate as Earth curves away.  You're accelerating counter to gravity.

For astronauts the launch is like climbing the tower on a coaster. Once you're in orbit you're on your way down, except there's no bottom until you return to Earth!