Scientists Don't Know What Caused A Crack In This Greenland Glacier 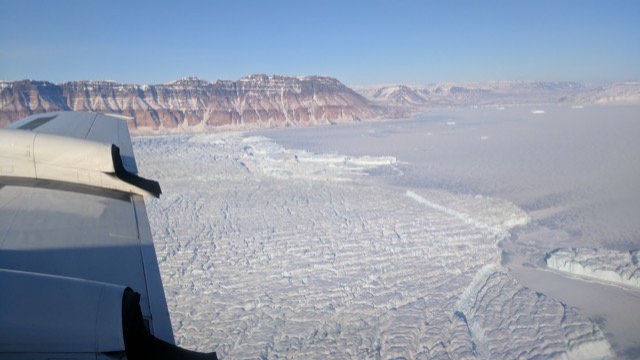 SMS
Scientists Don't Know What Caused A Crack In This Greenland Glacier
By Lindsey Pulse
By Lindsey Pulse
April 16, 2017
The crack started in the center of an ice shelf, which isn't normal for the Petermann Glacier.
SHOW TRANSCRIPT

There's a huge crack in one of Greenland's biggest glaciers, and NASA just took the first photos of it.

Scientists noticed the rift while looking at satellite images. Normally, cracks in a glacier wouldn't be much cause for concern, but this one's location is troubling.

The split opened in the center of the glacier's ice shelf rather than at the edge of the glacier where cracks usually start — and scientists don't really know how it formed. 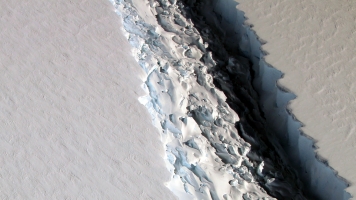 Plus, the new rift is on track to merge with a preexisting crack that started on the glacier's flank. If that happens, it could lead to a massive break in the glacier, which could cause a rise in global sea levels.

The two rifts haven't changed much recently, but warm summer temperatures could change that.