NASA's Sending A Helicopter To Mars In 2020 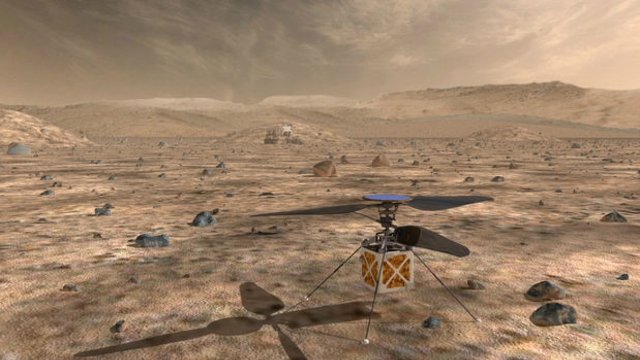 NASA wants to fly a helicopter to Mars — but not directly.

The copter will hitch a ride on NASA's next rover mission to Mars in 2020. Once there, the vehicle will attempt to fly in the Martian atmosphere, which is 100 times less dense than Earth's.

If it takes off, it'll provide NASA a unique vantage point to explore the red planet. It could even be used as a scout for the rover on the ground.

Because of the signal delay between Earth and Mars, NASA won't be able to fly the helicopter directly. Instead it'll need to be able to fly autonomously.

Even if the helicopter doesn't fly, it shouldn't affect the Mars 2020 mission. The rover doesn't need the copter to do geological assessments.