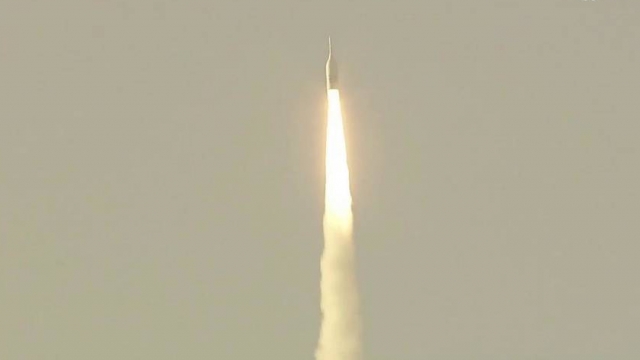 NASA launched a spaceship early Tuesday morning and then aborted the mission ... on purpose.

It was part of the space agency's Ascent Abort-2 test. NASA says a test version of the Orion spacecraft successfully took off, with no one on board, at Kennedy Space Center in Florida and traveled about six miles off the ground. Then the abort system was triggered, and a capsule broke away from the rocket and landed in the Atlantic Ocean.

NASA is currently working to collect the 12 data recorders that also broke off from capsule during the test.

The test was a major milestone for NASA and its mission to get back to the moon. The agency says it's "building the most powerful rocket in the world" for that mission and it needs to ensure its astronauts can safely break away from the rocket if something goes wrong "during the early portion of ascent."

The Orion program manager at Johnson Space Center in Houston says the spaceship's launch "is one of the most difficult and dangerous parts of going to the Moon."

With the success of the Ascent Abort-2 test, NASA is one step closer to testing a rocket with crew and service modules at Plum Brook Station in Sandusky, Ohio, later this year.