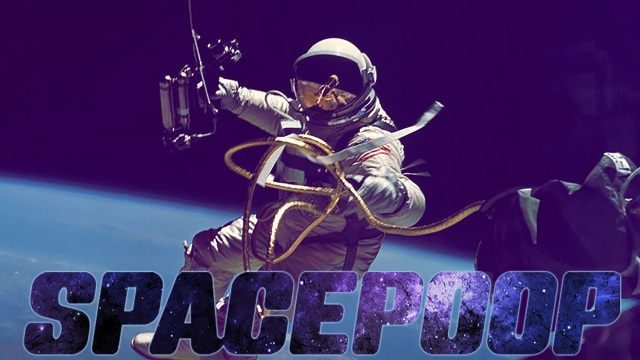 NASA is asking the public to design a waste management system that astronauts can use for six straight days. The winner of the challenge gets $30,000.

You've heard of the ice bucket challenge and the mannequin challenge, but what about the space poop challenge?

It's not exactly what you think. NASA wants to upgrade the diapers its astronauts use for upcoming missions, and it's asking the public for ideas.

To win the challenge, entrants have until Dec. 20 to design and submit the best system that can move waste away from the body in zero gravity for six whole days. The winner will get the hardest $30,000 check they will ever have to explain.

Spaceships do have toilets, but astronauts use diapers when they can't use those toilets — like during spacewalks, launch and re-entry or in the event of an emergency.

NASA needs a better way to deal with waste because soon its Orion spacecraft will take humans farther from Earth than they've ever been. If something goes wrong and astronauts are confined to their suits, a standard diaper won't cut it for more than a day.

It would obviously be uncomfortable to relieve yourself in a diaper, but sitting in your own waste for too long can actually cause sepsis and other health problems.

This obviously isn't glamorous, but the ultimate goal of the Orion missions is to get humans to Mars, and to do that, you have to make sure every aspect of life is accounted for — even the crappy ones.