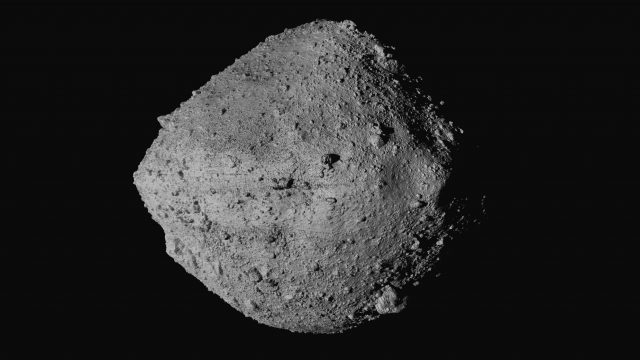 SMS
NASA Spacecraft Begins Journey Back To Earth With Asteroid Sample
By Robin Dich
By Robin Dich
May 11, 2021
After nearly five years in space, the OSIRIS-REx spacecraft has begun its 1.4-billion-mile trek back to Earth which will take about 2.5 years.
SHOW TRANSCRIPT

A NASA spacecraft with samples from an asteroid is making its long return back to Earth.

The trip home from OSIRIS-REx will take about two years.

The spacecraft reached an asteroid in 2018 and spent two years flying near and around it before collecting rubble from the surface late last year.

The asteroid it collected from is estimated to be 4.5 billion years old.

It will be the biggest sample size for the U.S. since the Apollo moon rocks.