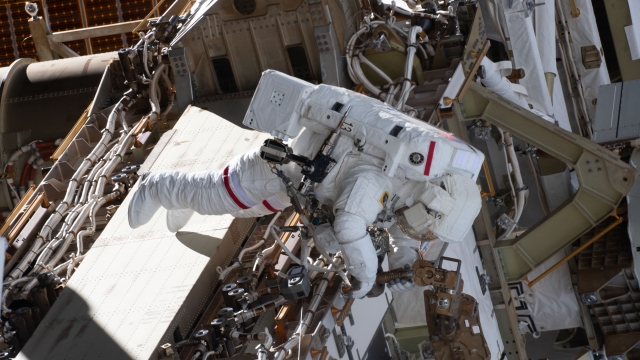 NASA's historic all-female spacewalk that was scheduled for Friday is no longer happening.

NASA said McClain determined during a recent spacewalk on March 22 that a medium-size torso component of the suit fit her better than the large size. And Koch also wears a medium.

Now the problem is that while there are two medium-sized torsos available on the International Space Station, only one is properly configured for a spacewalk. NASA's spokeswoman said it was ultimately "more efficient" to just switch in a different astronaut than to get the other suit configured in time.

While it's unclear why NASA didn't have more spacesuits already prepped, it is worth pointing out that astronauts tend to go through some physical changes while they're living in microgravity. McClain tweeted earlier this month she'd already grown 2 inches since arriving on the ISS in December.

Koch is still scheduled for Friday's spacewalk, but she'll now be joined by astronaut Nick Hague.