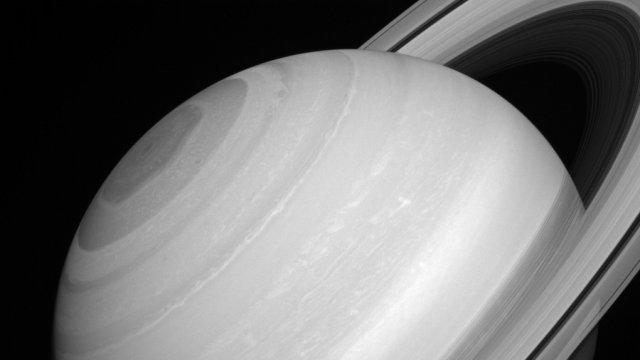 Scientists used observations from the Voyager and Cassini spacecraft and telescopes on Earth to determine that Saturn's gravity is pulling the rings toward the planet.

Experts say they rain down as icy particles at a rate that could fill an Olympic-sized swimming pool every 30 minutes. NASA now believes the rings will be gone in less than 300 million years, which is relatively short when you consider that the planet is 4 billion years old.

This new info also changed estimates on the age of the rings. Experts now think they're less than 100 million years old, which is young in space terms.

That puts the rings in the middle of their lifespan, and the lead researcher says we're lucky to be around to see them. He suggested that maybe we just missed out on seeing thick rings around other planets, like Jupiter, Uranus or Neptune.