Why Turquoise Swirls Have Taken Over The Black Sea 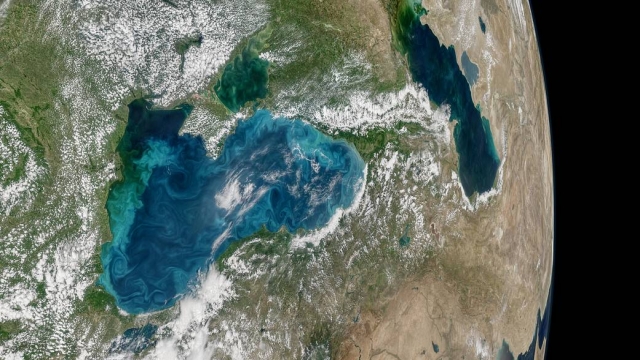 SMS
Why Turquoise Swirls Have Taken Over The Black Sea
By Ryan Biek
By Ryan Biek
June 13, 2017
A NASA satellite observed a phenomenon where trillions of tiny algae change the color of the sea.
SHOW TRANSCRIPT 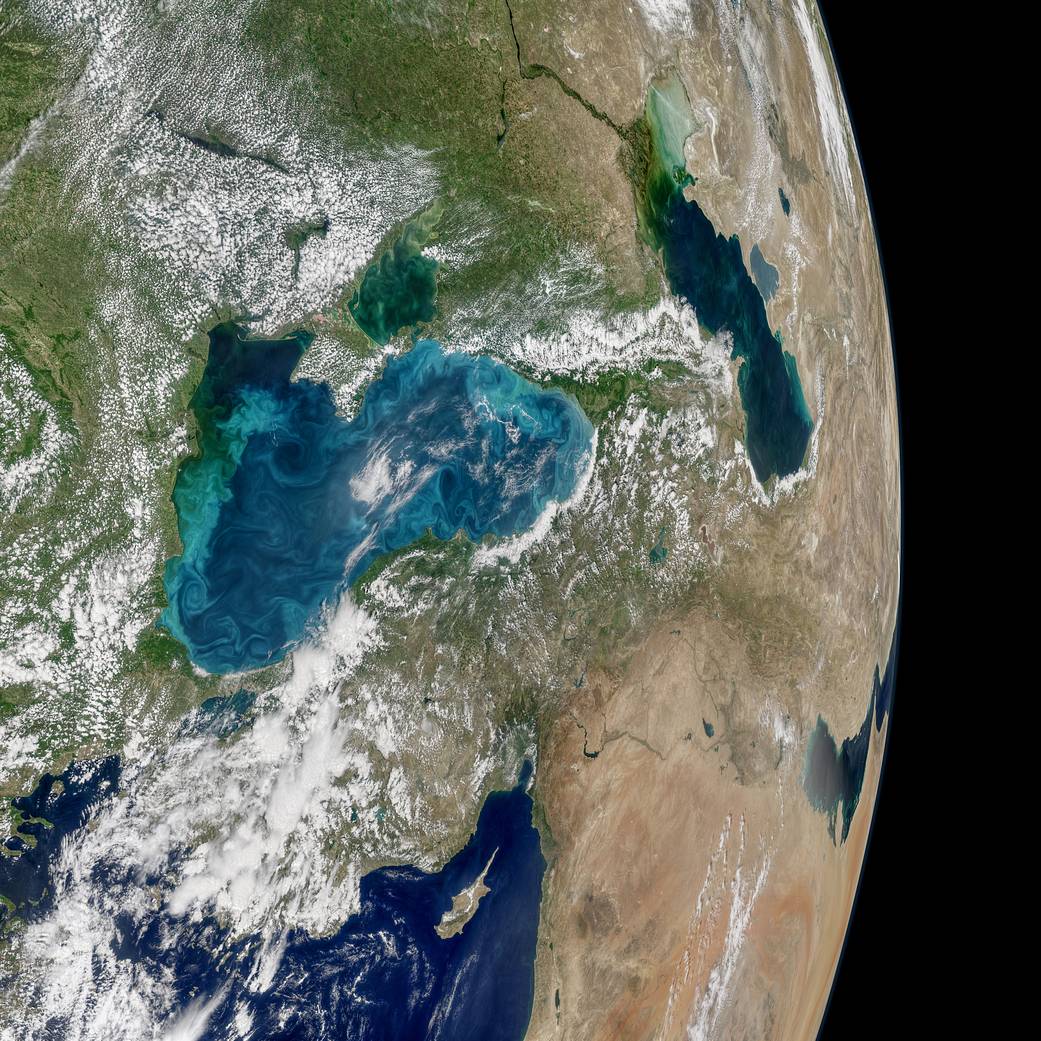 NASA captured the phenomenon with its Aqua satellite. Although the glow is strong enough to be seen more than 400 miles above Earth, it's created by microscopic phytoplankton.

They're tiny marine algae — basically the plants of aquatic areas. Only instead of having roots, they float.

As for the light-blue glow, that has more to do with the type of phytoplankton.

The ones in NASA's photos are coccolithophores. The "coccolith" part of the name refers to their scales.

Shaped like a car's hubcabs, these scales are made out of a similar material to chalk.

As the plankton release their scales, they turn the water a whitish-turquoise. And when a large population blooms, you can see that color from space.

These phytoplankton have become regulars in the Black Sea. NASA has been studying the phenomenon and found June is the peak time for the waters to turn turquoise.

But the space agency notes it hasn't seen a hue this bright in years.