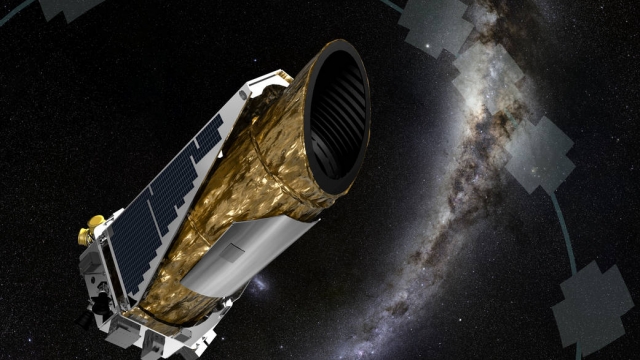 NASA is scrambling to save a $600 million spacecraft that's gone into "emergency mode."

Experiencing what one researcher called a "spacecraft emergency," the Kepler space telescope is now rapidly burning through fuel, and NASA is running out of time to save it.

Engineers first discovered the telescope was in emergency mode Thursday and believe it actually entered that stage at least a day before.

One of the biggest obstacles engineers now face is Kepler is 75 million miles from Earth. Even at the speed of light, signals take 13 minutes to go between Kepler and NASA's home base.

It's unclear what's exactly wrong with the spacecraft, but it might not be an easy fix. NASA scientists will have to find a way to repair Kepler with whatever the spacecraft already has on it.

Engineers fixed a different major problem in 2013 by using pressure from sunlight to keep Kepler steady.

NASA's poured a huge amount of money into the Kepler project. The spacecraft launched in 2009 and was only supposed to take four years. But severe breakdowns and hard-to-read data have plagued the mission.

The space telescope's mission is to search for planets that could potentially hold life. By the beginning of 2016, Kepler had found 1,000 of those planets.