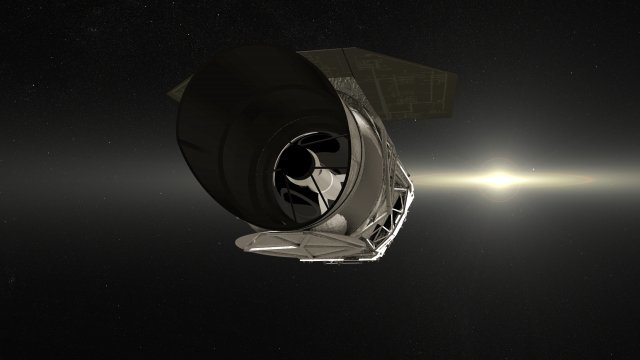 SMS
NASA Is Turning An Unused Spy Satellite Into Its Next Planet-Hunter
By Evan Thomas
By Evan Thomas
February 14, 2018
The core of the Wide Field Infrared Survey Telescope was built to stare at Earth, but NASA expects it will make a fine deep-space research tool.
SHOW TRANSCRIPT

NASA is busy getting ready to launch its flagship James Webb Space Telescope, but thanks to a surprise donation from another government agency, it's been planning a smaller specialist telescope at the same time.

The Wide Field Infrared Survey Telescope started life as a classified spy satellite for the Defense Department, but it was never launched. When the National Reconnaissance Office decided to get rid of it, it donated the telescope body to NASA.

NASA plans to bolt on specialized cameras and park the telescope in the same distant orbit as James Webb. Instead of aiming at Earth as it was originally built to do, it will point at distant galaxies and star systems where other planets might be orbiting. 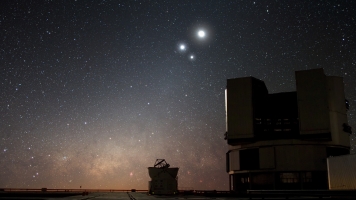 This will give scientists a deep-space tool about as powerful as the Hubble Space Telescope with the added benefits of a wide-angle camera. WFIRST will watch for the effects of dark matter in a patch of sky 100 times wider than what Hubble can see.

It will also look closely at individual stars to hunt for exoplanets with sensors that NASA says represent a "huge leap" past the current state of the art. It will spot smaller planets than ever before and capture details about their atmospheres to look for signs of life.

Launch is slated for the mid-2020s, but just like James Webb, exact ready dates could be subject to NASA's limited funds. Even with a free telescope body, WFIRST has run over budget once already — and the Trump administration has proposed canceling the project entirely to refocus NASA on the moon.