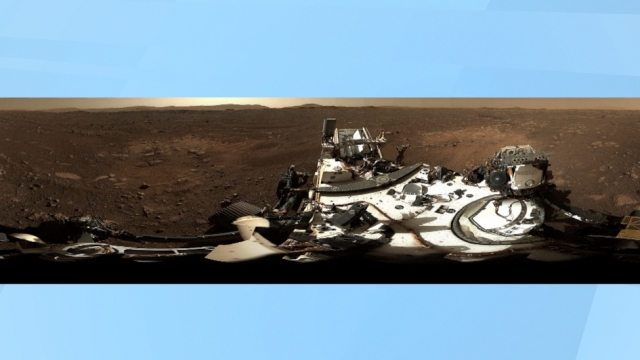 This is becoming my favorite part of the show – when we talk about Perseverance. Now it's giving us a full view of Mars.

NASA released the first panoramic image of the Red Planet yesterday. It comes one week after the rover landed on Mars. Perseverance is looking for any signs of ancient microscopic life. NASA sent 25 cameras up with the rover. That's the most to ever be sent to Mars.