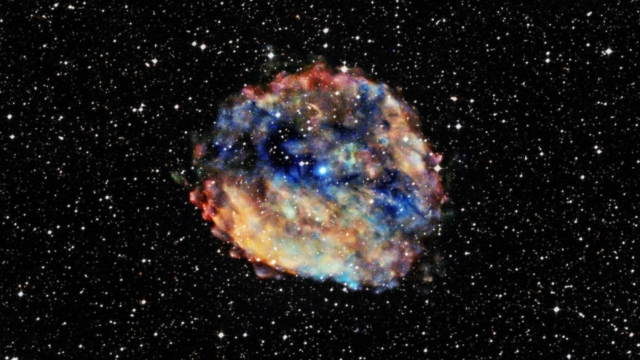 The agency plans to launch three telescopes to look at objects like neutron stars, pulsars and supermassive black holes.

NASA's boldly pushing the boundaries with its next mission: exploring the most "extreme and exotic" objects — like neutron stars, pulsars and supermassive black holes.

Neutron stars are like cramming the sun into a city-sized sphere. When a star reaches the end of its life cycle, it collapses on itself, and its protons and electrons are literally jammed together.

If you took a piece the size of a sugar cube out of a neutron star, it'd weigh as much as Mount Everest.

The space agency plans to continue the study of Earth's ozone layer, Saturn and its rings, and neutron stars.

Pulsars are a type of neutron star that spin incredibly fast. NASA compares them to your blender, with some pulsars spinning over 700 times per second.

But black holes might be the most intriguing of all. They have an astronomical amount of matter being pushed through a tiny space.

An average black hole is like a star 10 times more massive than the sun going through a sphere as wide as New York City.

What's even more mysterious are supermassive black holes, which astronomers say are found near the center of practically every galaxy.

NASA's new mission is expected to cost $188 million. The launch is scheduled for 2020.