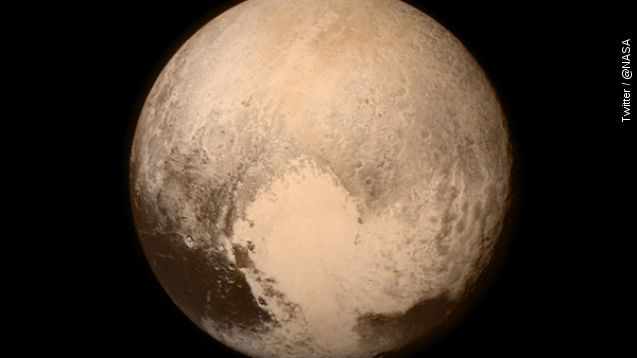 Nine years and nearly 3 billion miles. That's the journey the New Horizons spacecraft has taken to complete a flyby of Pluto.

After launching in January 2006, New Horizons was set to pass the dwarf planet Tuesday morning, but we won't know if the mission was successful until it sends a message back to Earth Tuesday evening.

But NASA has already teased a high-res image that New Horizons was able to send back before its flight around the planet.

The project will give scientists a better look at Pluto than they have ever had before. Researchers hope to learn more about its atmosphere, its geology and its five moons.

Specifically, scientists are looking at Pluto's moon Charon because of its similarities to our own moon.

After it's taken a spin around Pluto, New Horizons' next task is to check out the Kuiper belt, a region beyond Neptune of more than 100,000 comets and asteroids.

This video contains images from NASA and music from Broke for Free / CC BY NC 3.0.