NASA's Lighting Experiment May Help Astronauts Finally Get Some Sleep 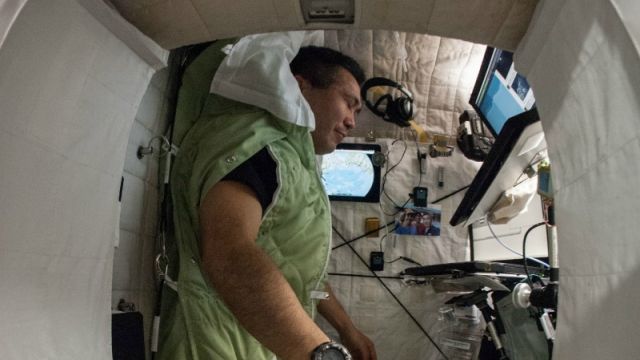 You'd think it'd be easy for astronauts to fall asleep after a busy day of spacewalks and research.

So, why are they so tired? Well, light might have something to do with it.

Earthlings function on a 24-hour cycle that's about half daylight, half darkness. Because the International Space Station orbits Earth every 90 minutes, astronauts experience about 16 sunsets per day. That isn't good for sleep.

And sleep deprivation is a big problem for astronauts since they need to be alert on the job to prevent serious accidents. Many astronauts use sleeping pills to help them get sleep. 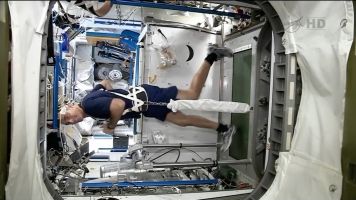 Looks Like Our Backs Really Aren't Made For Space Travel

That's why NASA is experimenting with light on the ISS.

NASA recently outfitted the ISS with an LED system that has three settings with varying wavelengths and blue-intensities: one regular, one for alertness and one for low-intensity pre-sleep setting.

The human eye is most sensitive to short-wavelength blue light. That kind of light suppresses melatonin, the hormone that regulates sleep.

NASA's experiment could help astronauts regulate their sleeping patterns. It could also mean we get some new light-based treatments for disorders like insomnia and jet lag.