What Have We Learned In The Year Juno Has Orbited Jupiter? 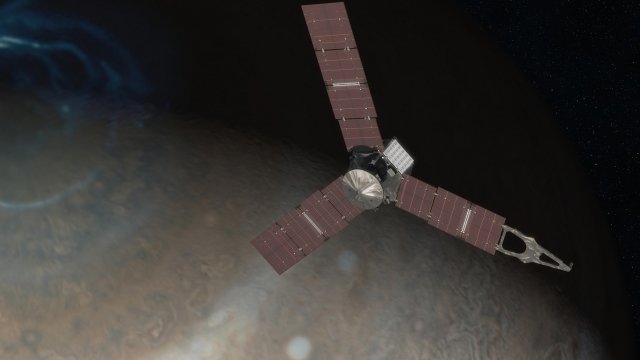 Happy anniversary to NASA's Juno probe. As of Tuesday night, it's been orbiting Jupiter for exactly one year.

NASA actually launched Juno into space in 2011, but it took five years for the solar-powered craft to reach the largest planet in our solar system.

So what have we learned about Jupiter in the past year?

For one, giant cyclones are swirling around its north and south poles. NASA researchers estimate some of the storms are more than 800 miles wide.

And Juno gave us our first view of the light show near Jupiter's south pole. 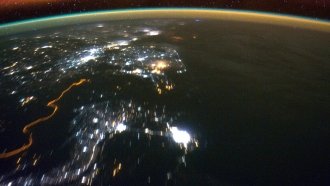 Although scientists knew Jupiter had a strong magnetic field, they now believe it's about 10 times stronger than Earth's.

Jupiter's core is still a big mystery. Before Juno started orbiting the planet, NASA thought Jupiter either had a dense core or didn't have one at all — that it was just a big ball of gas and dust. But now, researchers think it's a "fuzzy core" that "may even be partially dissolved."

Before it can explore the core further, Juno will fly over Jupiter's "Great Red Spot" on July 10. This giant storm is two times larger than Earth and is at least 300 years old.

Juno's mission is scheduled to last until February 2018 when it will plunge into the planet.