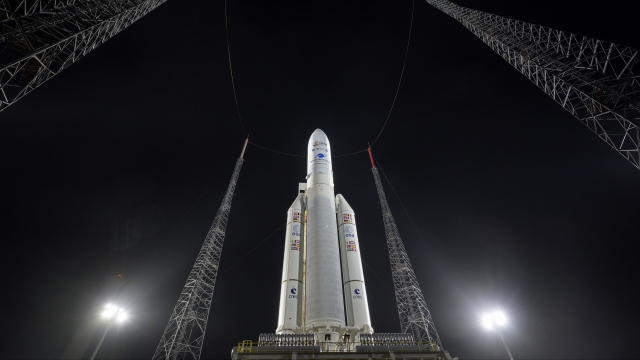 It’s big. It’s expensive. But if it works, the James Webb Space Telescope might just tell the origin story of the universe.

Webb will use ultrasensitive instruments to essentially peer into the past, farther than ever before, to study the earliest galaxies, stars and black holes that formed in the galactic soup after the big bang.

The telescope was set to launch back in 2007 and cost a billion dollars. But for years the only thing that went up was the budget, skyrocketing to $10 billion as launch dates kept slipping.

Webb has been plagued by delays, re-designs and technical snafus. In November the telescope was accidentally shaken by some unexpected vibrations. NASA says nothing was damaged.

The telescope took so long to build because NASA says they’ve never built anything like it. Webb is 100 times more powerful than the Hubble Space Telescope.

After launch, Webb will travel to its post one million miles from earth, unfolding itself over several nail-biting weeks. It’s enormously complex.

Once in place, Webb may also help discover far away places that might be a lot like Earth.

Scientists hope Webb will begin to answer some of our biggest questions, discovering clues about how we got here and maybe where we might be going.