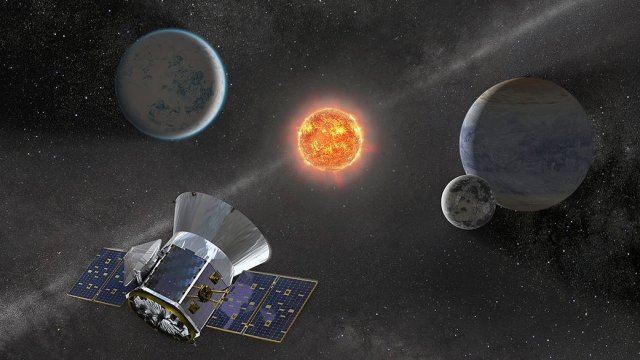 Earth might have thousands of neighbors just waiting to be found. So far they've been elusive, but on Monday NASA is deploying its next tool in the hunt for exoplanets.

That tool comes in the form of the Transiting Exoplanet Survey Satellite, or TESS for short. TESS will monitor more than 200,000 stars looking for tiny dips in brightness caused by orbiting planets.

The satellite is continuing the mission of the Kepler spacecraft, which found more than 2,000 new exoplanets. But Kepler's finds were usually around distant stars, making them harder to study.

TESS' mission will focus on closer, brighter stars, which means scientists will be able to learn a lot more about the composition of any exoplanets it detects.

The mission will last two years. The satellite will observe the Southern hemisphere in the first year and the Northern in the second. In that time, it's expected to find more than 1,500 exoplanet candidates.