NASA's Cassini Probe Goes Where No Spacecraft Has Gone Before 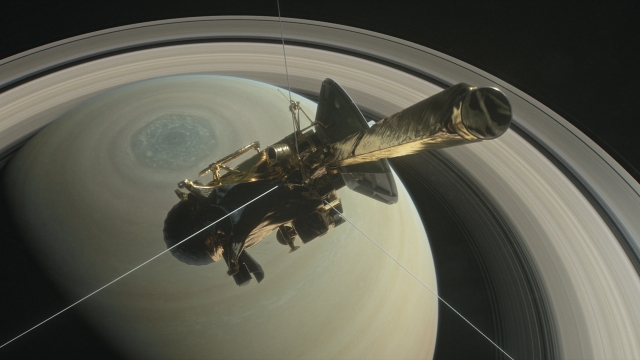 SMS
NASA's Cassini Probe Goes Where No Spacecraft Has Gone Before
By Katherine Biek
By Katherine Biek
April 27, 2017
The probe is sending back pictures of Saturn as it passes by 22 times before it burns up in the atmosphere.
SHOW TRANSCRIPT

NASA is giving us an up-close-and-personal look at the ringed planet.

The space agency's Cassini spacecraft made its first dive between Saturn and its rings Wednesday and snapped some pictures.

Now, NASA say Cassini is zipping around at 77,000 miles per hour, so the raw photos aren't super clear.

But it did capture new images of the massive hurricane on Saturn's north pole.

Cassini first spotted the hurricane in 2013. It's eye measures about 1,250 miles across, and the clouds on its edge spin at 340 miles per hour. 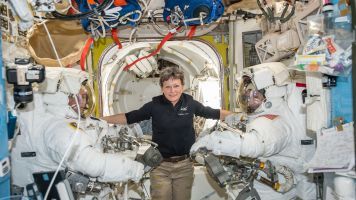 NASA says Cassini's trip between Saturn and its rings is the closest any spacecraft has ever gotten to the planet.

Cassini was launched into space in 1997 and has spent the past 13 years orbiting Saturn. But it's almost out of fuel, so this mission will be its last.

Cassini is set to make 21 more dives between the planet and its rings before plunging straight into Saturn on Sept. 15. The probe is expected to burn up when it hits the planet's atmosphere.