A Hexagonal Storm Really Is Over Saturn's North Pole 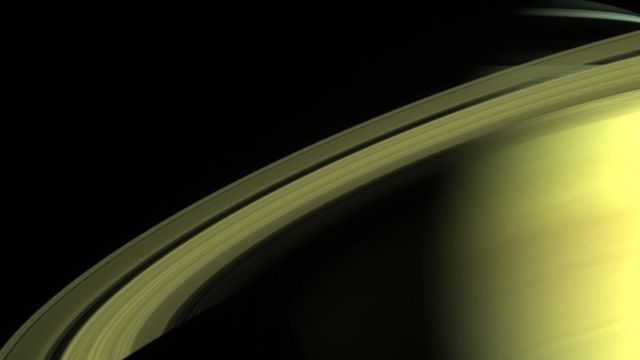 SMS
A Hexagonal Storm Really Is Over Saturn's North Pole
By Ryan Biek
By Ryan Biek
December 8, 2016
NASA's Cassini spacecraft is exploring Saturn and capturing new images, but its time grows short as it runs out of fuel.
SHOW TRANSCRIPT

NASA's Cassini spacecraft has sent its first images from its new orbit of Saturn, including some of a mysterious hexagon near the planet's north pole.

Each of the hexagon's sides are as wide as our planet. Scientists believe a storm is causing the pattern, but don't exactly know how.

The mystery might have to wait. NASA's spacecraft is running out of fuel and has another gutsy mission: grazing the edge of Saturn's rings.

Not only will Cassini go closer than ever to the layers of dust, rock and ice, the craft will have unprecedented views of some of Saturn's moons.