NASA's Saturn Probe Has One Final Mission Before Its Fiery End 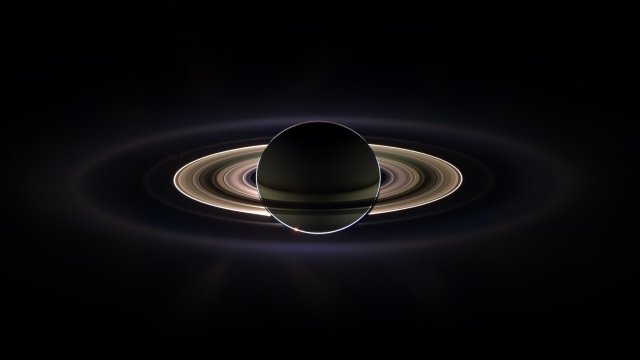 SMS
NASA's Saturn Probe Has One Final Mission Before Its Fiery End
By Ethan Weston
By Ethan Weston
August 15, 2017
NASA's Cassini probe has taught us a lot about Saturn and its moons. But now it's time for the probe to say goodbye with one final mission.
SHOW TRANSCRIPT

That final mission involves five deep dives into Saturn's atmosphere. It'll be the first time the planet's upper atmosphere has been explored.

During its mission, Cassini learned a lot about Saturn's neck of the solar system. The craft has spent a lot of time learning about Saturn's moons, including spotting possible signs of life on Enceladus.

In addition to signs of life, Enceladus has hot springs on its surface.

And Cassini found another of Saturn's moons, Titan, to be incredibly Earth-like. The moon has rain cycles — albeit with liquid methane instead of water — which feed rivers, lakes and seas. 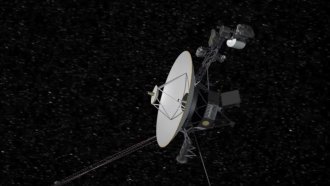 The spacecraft also witnessed what some scientists think was the birth of a new moon.

But just because it's almost time to say goodbye doesn't mean Cassini is done yet. There's still a lot we can learn from each pass into the atmosphere.

While in the atmosphere, the spacecraft will make high-resolution observations of Saturn's auroras, take temperature readings and make radar scans deep into the atmosphere.

And then in September, Cassini will make one final plunge into the planet's atmosphere, and the spacecraft will burn up.

Coronavirus Vaccine Shows Promise For Older Adults In A Study