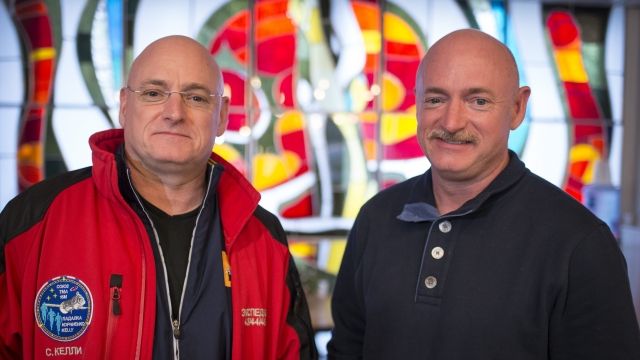 SMS
Early Results Of Astronaut Twin Study Surprise Scientists
By Ethan Weston
By Ethan Weston
January 30, 2017
Scott Kelly was in space almost a year while his brother was on Earth — and his time up there caused changes scientists weren't entirely expecting.
SHOW TRANSCRIPT

Time in outer space might change more than just your perspective on life — it might change your very biology.

Astronauts Scott and Mark Kelly are twins. And they're taking part in one of the most ambitious genetic studies ever to see how time in space might affect genetics.

The brothers are the perfect candidates for a genetic study: They're almost genetically identical, and one spent nearly a year in space while the other stayed on Earth.

The official results of the study aren't out yet, but initial results are showing interesting differences between the twins.

One difference was in the telomeres — the protective bits at the end of our chromosomes. After his year in space, Scott's telomeres were longer than his brother's. They have since returned to normal. His microbiome changed, too. In fact, nearly everyone working on the study is finding differences. 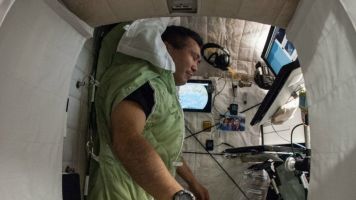 NASA's Lighting Experiment May Help Astronauts Finally Get Some Sleep

Scott also exhibited a decrease in DNA methylation — a change in a chemical marker that can effect gene expression. His brother saw an increase during the same period. Scientists working on the project aren't sure what this means yet.

Long-term exposure to microgravity can really wear on a person's body. This study could help NASA come up with ways to lessen those effects on long term missions — like the one they want send to Mars sometime in the 2030s.

Even though it took less than a year to get out the preliminary results of the twin study, NASA said it could be a while before the full study is released — if they release the full study at all.