NASA's Asteroid-Capture Mission Might Never Get Off The Ground 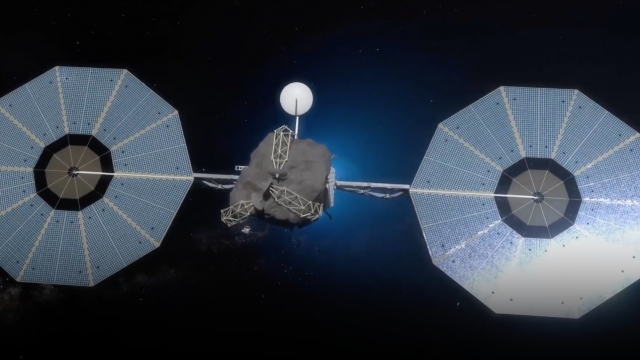 SMS
NASA's Asteroid-Capture Mission Might Never Get Off The Ground
By Evan Thomas
By Evan Thomas
May 25, 2016
The U.S. House of Representatives could pull all funding from NASA's plan to relocate a space rock to lunar orbit.
SHOW TRANSCRIPT

NASA has an ambitious plan to find an asteroid and bring part of it back to orbit around the moon.

But the latest U.S. House budget proposal would cut all of the mission's funding and effectively cancel the program. Lawmakers want NASA to focus on "the overarching mission to Mars" and say an asteroid rendezvous would be a detour.

To be fair, it's expensive: Presidential budgets earmarked $105 million for the task in 2014, and that's just the start. The original feasibility study from the Keck Institute at Caltech called for $2.6 billion over the lifetime of the mission.

And a lot of politicians and scientists disliked the plan, especially as time went on and the project's ambitions shrank from sending humans to meet an asteroid to bringing an asteroid back to the moon to bringing back just part of one.

They say asteroids are relatively boring space-exploration targets and that if we really want to look at one, it makes more sense to grab one as it passes nearby.

Which isn't to say the mission would be useless. Back when he announced the original rendezvous plan, President Obama hailed it as one of the big test flights for the Space Launch System, or SLS — that's the rocket Congress expects NASA to use to get to Mars.

Losing the asteroid mission would cut one of four planned SLS missions and one of only two missions that would carry a human crew.

And the capture mission would have tested other tech that could help us get to Mars, including solar-electric propulsion.

But hey, at least the rocket is coming along. The House budget proposal earmarks $2 billion for SLS development — an increase of $150 million over last year's proposal.