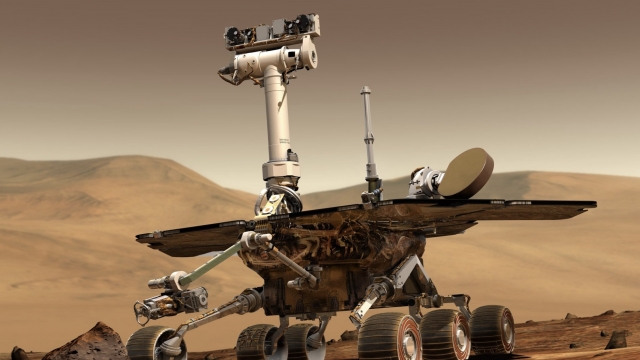 After more than a decade, NASA team members said goodbye to the Mars rover Opportunity after failing to re-establish contact with it. At a news conference on Wednesday, NASA declared the rover's mission complete.

Engineers built the six-wheeled rover to last 90 Martian days, but it went above and beyond and managed to travel for almost 15 years on the planet collecting evidence.

Opportunity stopped communicating with Earth after it got caught in a dust storm about eight months ago. NASA sent out more than 1,000 commands to get in touch with the rover, but it hasn't heard back since June 10.

Alongside its twin rover, Spirit, Opportunity discovered evidence that ancient Mars had wet, warm conditions that were potentially hospitable to life.

"Spirit and Opportunity may be gone but they leave us a legacy," said Michael Watkins, director of NASA's Jet Propulsion Laboratory. "And that's a legacy of a new paradigm for solar system exploration. A robotic geologist on Mars and an integrated science and engineering operations team here on Earth all set out together on a mission of discovery."

NASA's work on Mars isn't stopping anytime soon, though. Putting humans on the Red Planet is still a lofty goal, but NASA's Curiosity rover has been exploring the planet for more than six years, and the agency is planning to send another rover to Mars in 2020 to collect rocks and soil samples.