NASA Is Reportedly Canceling Its Only Planned Lunar Rover Mission 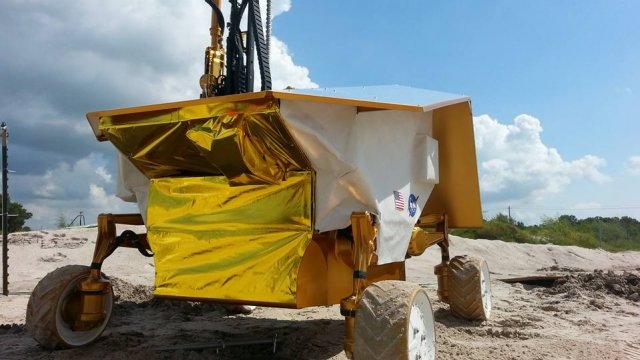 SMS
NASA Is Reportedly Canceling Its Only Planned Lunar Rover Mission
By Ethan Weston
By Ethan Weston
April 28, 2018
The move seems at odds with President Donald Trump's mission to return to the moon.
SHOW TRANSCRIPT

NASA's only planned lunar rover project has reportedly been scrapped.

The mission, called Resource Prospector, was meant to assess water deposits on and just below the surface of the moon.

The move seems at odds with one of President Donald Trump's main goals when it comes to space: returning U.S. astronauts to the moon.

And a letter from a group of lunar scientists says the mission is a key part of fulfilling the president's initiative. They've asked NASA's new administrator to bring the project back.

NASA put out a statement after the news broke saying parts of the rover would be repurposed for other missions, but it didn't specify what those missions would be.