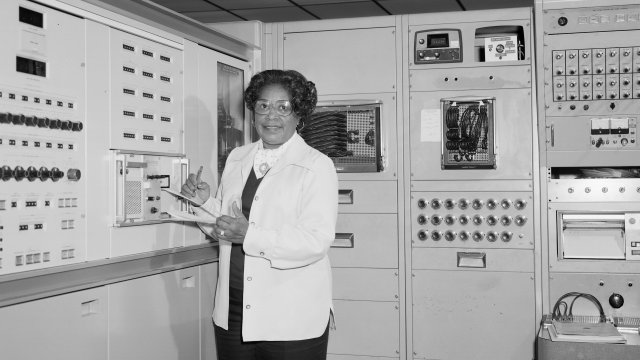 NASA is renaming its headquarters in honor of Mary W. Jackson, who became the space agency's first Black, female engineer in 1958.

NASA Administrator Jim Bridenstine said the building in Washington, D.C. "appropriately sits on ‘Hidden Figures Way,’ a reminder that Mary is one of many incredible and talented professionals in NASA’s history who contributed to this agency’s success."

The mathematician and aerospace engineer was known as a "human computer" and started working in the the segregated West Area Computing Unit in 1951. She also spent much of her career pushing for the hiring and promotion of more women in federal service. She retired from NASA in 1985 and passed away in 2005 at the age of 83.

Jackson was one of the women whose work made NASA competitive in the space race, and helped the U.S. reach the Moon. Her story was honored in the 2016 book  "Hidden Figures," which also tells the story of three other esteemed Black women working at NASA: Katherine Johnson, Dorothy Vaughan and Christine Darden. The book was also turned into a movie, with Janelle Monae protraying Jackson. The women were given Congressional Gold Medals in 2019 for their contributions when President Trump signed the Hidden Figures Congressional Gold Medal Act in November.

On Wednesday Brindenstine said, "Hidden no more, we will continue to recognize the contributions of women, African Americans, and people of all backgrounds who have made NASA’s successful history of exploration possible."