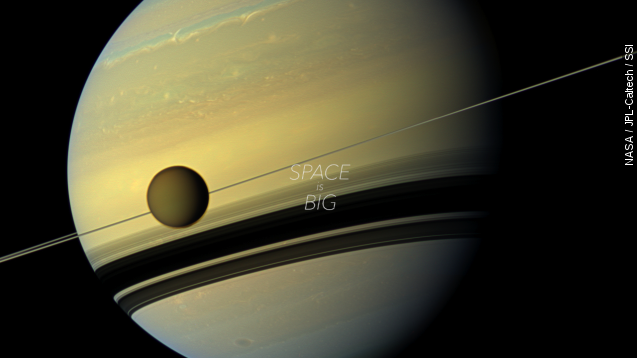 And very pretty in most cases. To show it off in all its detail, NASA is preparing the first noncommercial Ultra HD channel.

So you'll be able to watch all the slow-moving guidance camera footage you want, in higher resolutions than ever before. (Video via NASA)

Seriously, though, NASA has a huge existing library of high-def content and is remastering historical footage so it looks better on today's big screens. If there's a problem, it's that UHD hasn't really ... taken off yet. (Video via NASA)

There's plenty of industry push for room-filling slabs of TV, but cable and satellite companies have been slow to roll out UHD content to take full advantage of them. (Video via Samsung)

Instead, most of the UHD progress has been on the Internet and a new wave of connected devices.

And YouTube has options for watching ultra HD vids if they're uploaded as such. (Video via GoPro)

NASA will be streaming its UHD channel online as well, but it reminds viewers they'll need a beefy enough broadband connection: 13 Mbps, minimum. (Video via NASA)

NASA is in talks with cable and satellite providers, too. Launch is expected by Nov. 1. (Video via NASA)