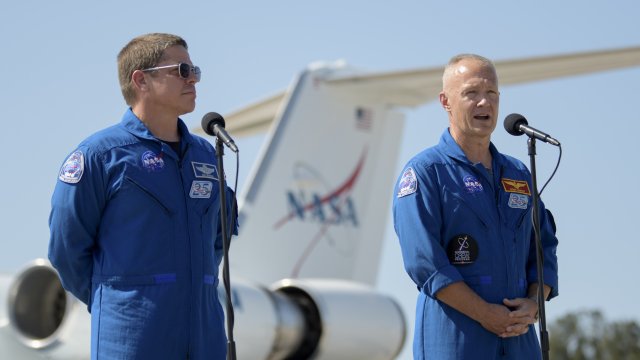 For the first time since the last shuttle flight, astronauts are going to space on a U.S. rocket. The pilot on that shuttle mission will be aboard.

NASA astronauts Doug Hurley and Bob Behnken showed up in Cape Canaveral, Florida, Wednesday, a week out from becoming the first U.S. astronauts to go to space atop a private U.S. company's rocket. The launch will mark a major shift in the U.S. space industry's public-private partnership, and it will test SpaceX's ability to safely send humans to space and back.