NASA To Boldly Go Where No Agency Has Gone Before: The Sun 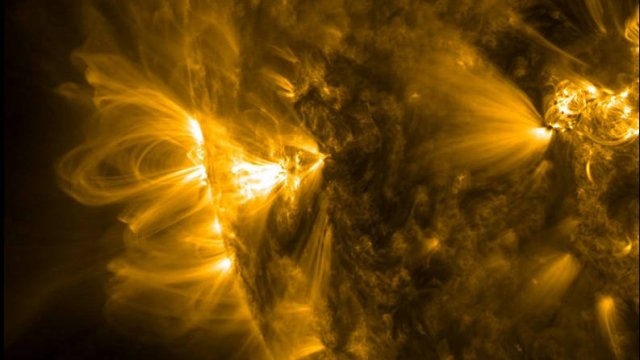 SMS
NASA To Boldly Go Where No Agency Has Gone Before: The Sun
By Ethan Weston
By Ethan Weston
July 21, 2018
NASA's aiming to answer "three foundational questions" about the sun.
SHOW TRANSCRIPT

NASA's preparing to go where no other space agency has gone before: the sun.

The space agency is planning on launching the Parker Solar Probe — humanity's first mission to our star — in August.

The car-sized craft will aim to answer what NASA calls "three foundational questions" about the sun. The first of those questions is about how solar winds are accelerated to supersonic speeds. To answer this, NASA plans on flying the probe directly through the sun's corona.

Speaking of the corona: NASA's also hoping to figure out why it's so dang hot even though the sun produces all of its energy at the core.

And finally NASA wants to learn the secrets of solar energetic particles and how they can reach speeds more than half the speed of light.

All of this data isn't just to satisfy scientists' curiosity. The more we can learn about our sun, the easier it will be for scientists to predict space weather and, in turn, protect humans and machines in space.