Here's Why NASA Launched Colorful Artificial Clouds Into The Sky 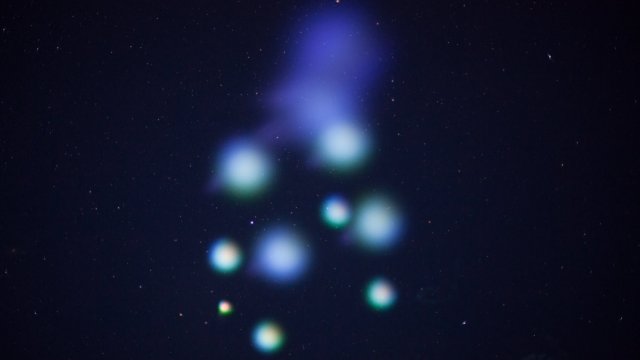 Thanks to NASA, the sky was briefly dotted with colorful artificial clouds.

The vibrant clouds — or "vapor tracers" — could be seen from New York to North Carolina.

And the clouds also lit up social media with expressions of delight.

Now, as stunning as the sight was, NASA didn't just launch vapor tracers to upstage upcoming Fourth of July fireworks.

Researchers at the Wallops Flight Facility were testing the Terrier-Improved Malemute sounding rocket, which deployed the vapors into the sky and could be used in the future to study the ionosphere, aurora and particle motions in space.

These studies would help scientists better understand our planet's atmosphere and near-space environment. This information is crucial to our knowledge of how Earth interacts with forces within our solar system.

That means there will be more vapor tracer tests in the future — or at least when the weather allows it.

The test launch was originally planned for the end of May, but poor weather conditions delayed it for a month.