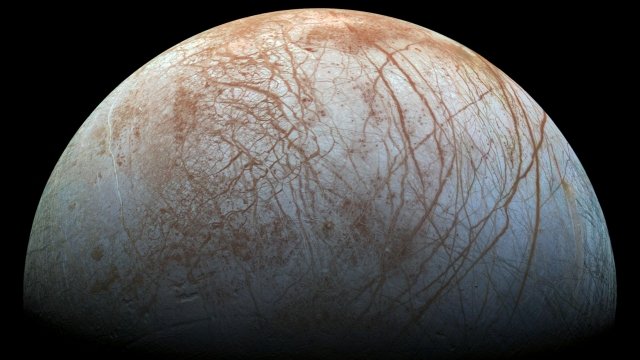 SMS
NASA Finds Evidence Of Water Plumes On Jupiter's Moon Europa
By Tyler Adkisson
By Tyler Adkisson
May 14, 2018
Scientists have thought for a while that Europa might support life, but now they've got better-than-ever evidence to prove it.
SHOW TRANSCRIPT

NASA has found some of the most solid evidence yet that Jupiter's moon Europa releases water from its surface into space. If it's confirmed, the finding could help immensely in the search for other forms of life in our solar system.

For years, scientists suspected Europa vented hot water vapor from an ocean beneath its surface. But the only evidence of these plumes came from some blurry images captured by the Hubble Space Telescope. 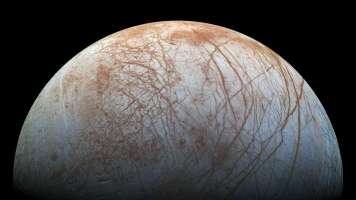 How To Look For Life On Europa — Jupiter's Watery Moon

To prove those images actually showed plumes, researchers looked back at data from Galileo — the spacecraft that visited Jupiter and its moons between 1995 and 2003 — to see if it collected any data on the magnetic fields that help water vapor escape the planet.

They found that during Galileo's closest flyby of Europa, it detected a major shift in the moon's magnetic field and a substantial increase in plasma density. These changes were all consistent with computer models that showed how the plumes Hubble saw should have been affecting the environment around the planet.

The research team behind the study notes that this new finding makes Europa one of the most promising places in the solar system to search for life. In 2022, NASA is planning to send the Europa Clipper probe on close flybys like Galileo did to see if Europa has other necessary ingredients to support life.