NASA Cuts Contact With Russia For Everything Except ISS 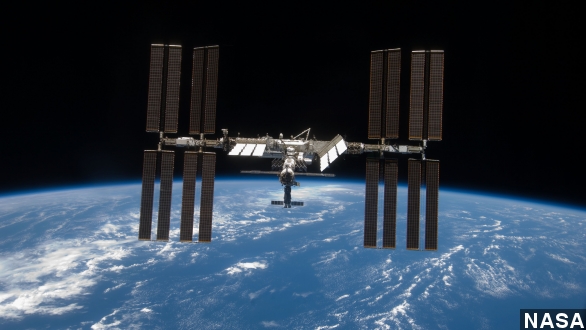 SMS
NASA Cuts Contact With Russia For Everything Except ISS

By Steven Sparkman
April 2, 2014
NASA says, due to tensions in Crimea, employees are to have no contact with their Russian counterparts - except when it comes to the station.
SHOW TRANSCRIPT

Tensions between Russia and the U.S. have reached space, despite earlier assurances they wouldn't. An internal memo by NASA says the agency is cutting ties with Russia's space agency Roscosmos.

The memo, obtained Wednesday by SpaceRef, says all contact between the two agencies is suspended until further notice: no visits between officials, no phone calls, no emails, nothing.

Except in the place it matters most: the International Space Station. That's the one area where the two space programs will continue to work together.

There are currently six crew on board the ISS: three Russian, two American and one Japanese. All six of them got there by hitching a ride on Russia's Soyuz spacecraft, just like every other crew member for the last few years. (Via NASA)

Ever since the Space Shuttle program was retired in 2011, the U.S. has been entirely dependent on Russia for manned space flight. Each ride on the Soyuz costs the U.S. about $70 million per seat. (Via NASA)

But it's not like Russia has all the leverage here. While U.S. astronauts are stranded without Russian help, NASA administrator Charles Bolden told Congress last week Russia can't operate the station without help from the U.S.

"The partners would probably have to shut the space station down. If you're thinking that the Russians will continue to operate the International Space Station, can't be done." (Via C-SPAN)

For that reason, a NASA official told National Journal earlier this month that cooperation in space goes beyond politics. "We are confident that our two space agencies will continue to work closely as they have throughout various ups and downs of the broader U.S.-Russia relationship."

Now here we are a week later, and only cooperation on the ISS program itself has been spared. Tech writers saw that as a very bad omen.

Ars Technica said, "Historically, the interaction between NASA and Russia has been firmly amicable; for the tensions over Crimea to leak into that relationship is truly ominous."

And Mashable was even more grim, pointing out, "The U.S. and Russia have never worked together in space during a war involving the two nations."

NASA is working with private companies to restore the U.S.' ability to get astronauts to the station on its own, but the current projection is that none of those programs will be ready before 2017.