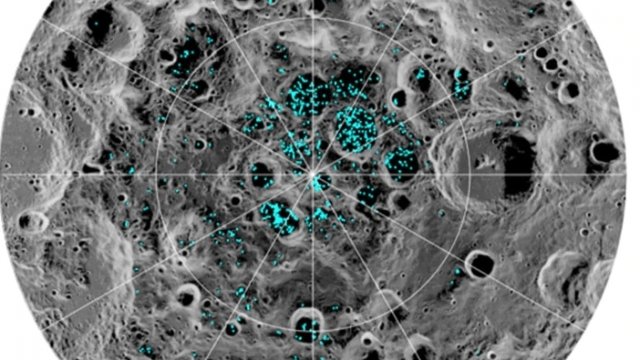 SMS
NASA Confirms There's Water On The Moon's Surface
By Audrey Esther
By Audrey Esther
August 22, 2018
For the first time, NASA says it found water, in the form of ice deposits, on the moon's surface.
SHOW TRANSCRIPT

For the first time, NASA says it found definitive proof of water, or more specifically water ice, on the moon's surface.

It's located at the darkest and coldest parts of the moon's polar regions. At the northern pole the ice is sparsely, but widely, spread out. Most of it at the southern pole is in lunar craters.

Scientists say they discovered the ice deposits using data from NASA's Moon Mineralogy Mapper and that these ice deposits might be ancient.

NASA says finding out more about the ice, how it got there and how it interacts with the larger lunar environment will be part of future missions.