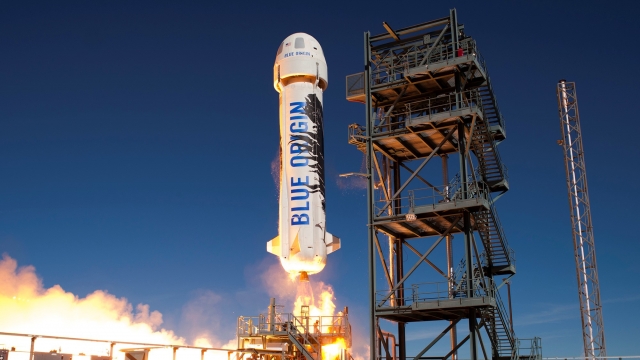 It seems everyone is turning their gaze from Mars to the moon. The latest — Jeff Bezos and his company Blue Origin.

According to The Washington Post, Blue Origin notified NASA leadership and President Trump's transition team about the company's interest in developing a lunar mission complete with a spacecraft and lander.

The memo urges NASA to support a series of cargo missions that would deliver experiments, cargo and habitats by mid-2020. Think Amazon, but for the moon.

The report comes days after SpaceX announced it will fly two private citizens on a trip around the moon in 2018. 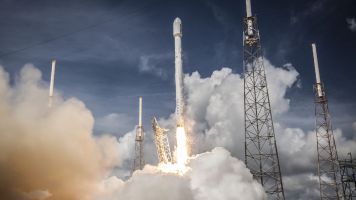 Blue Origin and SpaceX have been battling for dominance in commercial space for years. Both have won government contracts, both are pushing for reusable rockets, and while so far only SpaceX has made it to orbit, both are developing heavy lift systems to reach deep space. But while SpaceX is preparing for a human flight to the moon, Blue Origin seems to be focused solely on cargo.

These aren't the only commercial companies setting their sites on the moon. United Launch Alliance wants 1,000 people living and working around the moon in 30 years. And Bigelow Aerospace is building an expandable space habitat to house humans in orbit around the moon.

Even NASA seems to be putting a hold on its Mars ambitions for a return to the moon. In early 2017, NASA leadership began to investigate the possibility of putting humans on the first flight of its new rocket, the Space Launch System, which is set to launch in 2018.