Deep-Space Exploration Requires Habitats, And NASA's On It 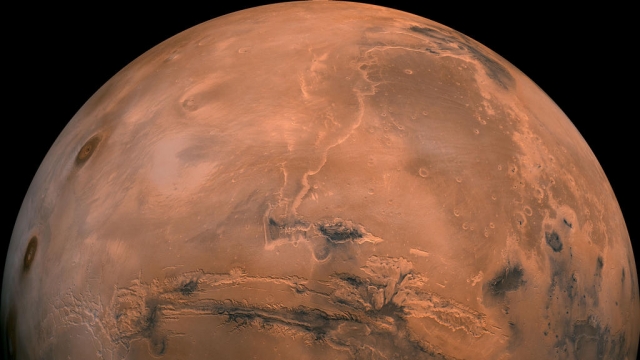 NASA has partnered with six U.S. companies to make livable habitats on Mars.

The agency announced Tuesday the second part of its Next Space Technologies for Exploration Partnerships, or NextSTEP, program to advance deep-space exploration and development.

The six partners will have approximately 24 months to develop prototypes of "deep space habitats" where humans can live and work for months or years at a time on the red planet.

NASA says the prototypes will be the testing ground for long-term human, robotic and spacecraft missions to the planet.

The prototypes won't come cheap, though. NASA's bill is estimated to be around $65 million from 2016 to 2017, with additional funding continuing to 2018 if necessary.

Of course, NASA isn't sure if these prototypes will be ready by the end of the 24 months — or ever. But for all the space nerds out there, this could get us one step closer to colonizing Mars.