NASA Caught A Glimpse Of Where Those Gravity Waves Came From 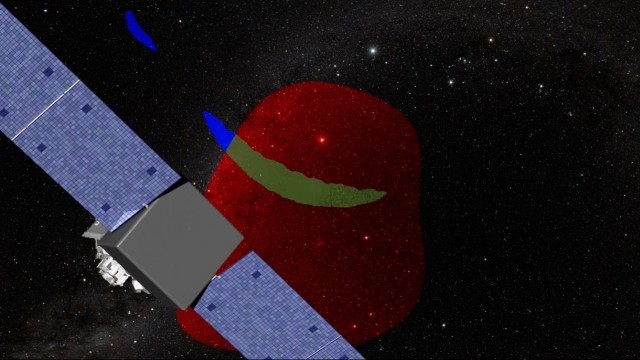 SMS
NASA Caught A Glimpse Of Where Those Gravity Waves Came From
By Evan Thomas
By Evan Thomas
April 19, 2016
NASA says it detected high-energy radiation that probably came from the collision of two black holes.
SHOW TRANSCRIPT

Remember the gravitational wave discovery? Scientists heard the sound of two black holes colliding, and now they think they know where it came from.

They weren't sure where the waves originated when they made the announcement in February, but NASA's Fermi gamma-ray telescope measured a burst of unusual activity less than a second after sensors on Earth detected the gravity waves. The signals came from the same area of the sky.

But the burst came in from an odd angle, which made it hard to get an exact location. It was like Fermi saw something out of the corner of its eye.

That's one reason researchers at NASA are only 99.8 percent sure the gravity waves detected on the ground and the gamma burst detected in orbit came from the same event.

The other reason? Researchers didn't think two black holes smashing together would cause a burst of gamma radiation — or any radiation at all. Light doesn't even escape from them.

Some scientists theorize two black holes would have sucked up any gas or dust that could have generated those flashes long before they collided.

Still, NASA researchers say they have a better idea of what to look for now in case Fermi sees another burst.

But there's not much to do except keep an eye out. Orbiting pairs of black holes are rare.

This video includes clips from LIGO Lab Caltech : MIT / CC BY 3.0, the National Science Foundation, NASA and Massachusetts Institute of Technology and images from NASA. The music is "Does not compute" by Birocratic (http://birocratic.bandcamp.com).