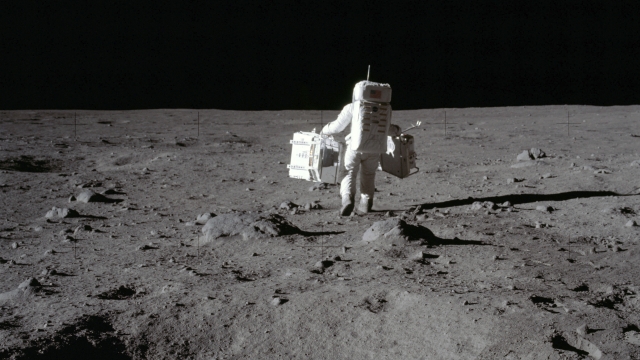 SMS
NASA Announces Global Agreement To Guide Future Missions To The Moon
By Peter Hecht
By Peter Hecht
October 15, 2020
NASA hails pact as beginning of a "singular global coalition" for peaceful and responsible exploration of the moon.
SHOW TRANSCRIPT

It's been 48 years since the last human walked on the moon. And now the U.S. is determined to return to the lunar surface by 2024.

But this time, under a new international accord, such a mission may come with global rules and cooperation.

That is the goal of the so-called Artemis Accords, formally agreed to Tuesday by the U.S. and seven other countries: Australia, Canada, Italy, Japan, Luxembourg, the U.K., and the United Arab Emirates. NASA is hailing the pact as the beginning of a "singular global coalition" for peaceful and responsible exploration of the moon.

NASA Administrator Jim Bridenstine says it sets rules for a sustained international presence on the moon by both national space agencies and private exploration firms.

The rules include sharing of launch information, protocols for responding to mission emergencies and agreements on protecting the Lunar environment as well as historical sites such as Tranquility Base, site of the first moon landing.

One party that has yet to sign onto the agreement is Russia. It's long partnered with the U.S. in space exploration. But Russia's space agency is expressing concern over potential American dominance under the Artemis Accords.