NASA May Have Added Years To Voyager 1's Life 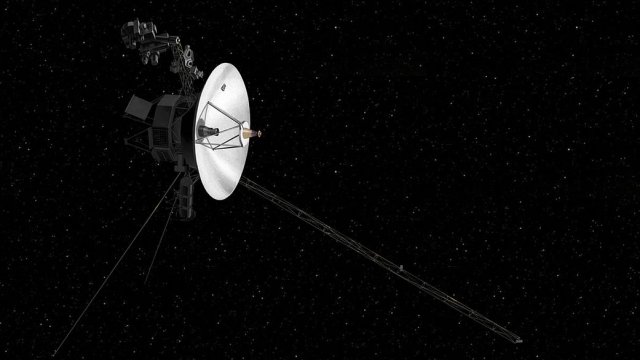 Scientists first noticed the spacecraft's main thrusters were degrading in 2014. Switching to backup thrusters could add two to three years to the craft's life, which is good news for science. Voyager 1 is 13 billion miles from home and is the first man-made object to leave the solar system and enter interstellar space.

And there's a lot we don't know about interstellar space — like, how does material from other stars interact with our solar system? And what is floating around in space between stars?

The spacecraft has already given us some answers about our solar system. We've learned about Jupiter's moons and Saturn's rings — all thanks to Voyager 1. 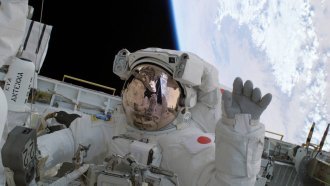 Now we even know how far into space the solar bubble our sun produces — the heliosphere —  reaches. It turns out it's about 12 billion miles.

And even after Voyager 1 dies — or if we lose contact with it — the spacecraft is ready to achieve great things. Scientists put a golden record on Voyager with music, greetings and diagrams from Earth, just in case some aliens happen to come across it.

Correction: An earlier version of this story incorrectly said Voyager 1 studied Neptune. It was Voyager 2.